There’s a concept that I’ve wanted to present for quite some time. It’s one of the coolest accomplishments in my subfield, but I thought that explaining it would involve too much technical detail. However, the recent BICEP2 results have brought one aspect of it to the public eye, so I’ve decided that people are ready.

If you’ve been following the recent announcements by the BICEP2 telescope of their indirect observation of primordial gravitational waves, you’ve probably seen the phrases “E-mode polarization” and “B-mode polarization” thrown around. You may even have seen pictures, showing that light in the cosmic microwave background is polarized differently by quantum fluctuations in the inflaton field and by quantum fluctuations in gravity.

But why is there a difference? What’s unique about gravitational waves that makes them different from the other waves in nature?

As it turns out, the difference all boils down to one statement:

This is both a very simple claim and a very subtle one, and it comes up in many many places in physics.

Yang-Mills, for those who haven’t read my older posts, is a general category that contains most of the fundamental forces. Electromagnetism, the strong nuclear force, and the weak nuclear force are all variants of Yang-Mills forces.

Yang-Mills forces have “spin 1”. Another way to say this is that Yang-Mills forces are vector forces. If you remember vectors from math class, you might remember that a vector has a direction and a strength. This hopefully makes sense: forces point in a direction, and have a strength. You may also remember that vectors can also be described in terms of components. A vector in four space-time dimensions has four components: x, y, z, and time, like so:

As I’ve talked about before, gravity bends space and time, which means that it modifies the way you calculate distances. In practice, that means it needs to be something that can couple two vectors together: a matrix, or more precisely, a tensor, like so:

So while a Yang-Mills force has four components, gravity has sixteen. Gravity is Yang-Mills squared.

(Technical note: gravity actually doesn’t use all sixteen components, because it’s traceless and symmetric. However, often when studying gravity’s quantum properties theorists often add on extra fields to “complete the square” and fill in the remaining components.)

There’s much more to the connection than that, though. For one, it appears in the kinds of waves the two types of forces can create.

In order to create an electromagnetic wave you need a dipole, a negative charge and a positive charge at opposite ends of a line, and you need that dipole to change over time.

Change over time, of course, is a property of Gifs.

Gravity doesn’t have negative and positive charges, it just has one type of charge. Thus, to create gravitational waves you need not a dipole, but a quadrupole: instead of a line between two opposite charges, you have four gravitational charges (masses) arranged in a square. This creates a “breathing” sort of motion, instead of the back-and-forth motion of electromagnetic waves.

This is your brain on gravitational waves.

This is why gravitational waves have a different shape than electromagnetic waves, and why they have a unique effect on the cosmic microwave background, allowing them to be spotted by BICEP2. Gravity, once again, is Yang-Mills squared.

So far, I’ve shown you that gravity is the square of Yang-Mills, but not in a very literal way. Yes, there are lots of similarities, but it’s not like you can just square a calculation in Yang-Mills and get a calculation in gravity, right?

In quantum field theory, calculations are traditionally done using tools called Feynman diagrams, organized by how many loops the diagram contains. The simplest diagrams have no loops, and are called tree diagrams.

Fascinatingly, for tree diagrams the message of this post is as literal as it can be. Using something called the Kawai-Lewellen-Tye relations, the result of a tree diagram calculation in gravity can be found just by taking a similar calculation in Yang-Mills and squaring it.

(Interestingly enough, these relations were originally discovered using string theory, but they don’t require string theory to work. It’s yet another example of how string theory functions as a laboratory to make discoveries about quantum field theory.)

Does this hold beyond tree diagrams? As it turns out, the answer is again yes!
The calculation involved is a little more complicated, but as discovered by Zvi Bern, John Joseph Carrasco, and Henrik Johansson, if you can get your calculation in Yang-Mills into the right format then all you need to do is square the right thing at the right step to get gravity, even for diagrams with loops! 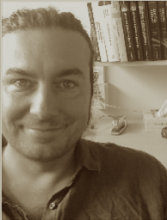 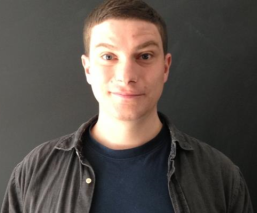 This trick, called BCJ duality after its discoverers, has allowed calculations in quantum gravity that far outpace what would be possible without it. In N=8 supergravity, the gravity analogue of N=4 super Yang-Mills, calculations have progressed up to four loops, and have revealed tantalizing hints that the uncontrolled infinities that usually plague gravity theories are absent in N=8 supergravity, even without adding in string theory. Results like these are why BCJ duality is viewed as one of the “foundational miracles” of the field for those of us who study scattering amplitudes.

12 thoughts on “Gravity is Yang-Mills Squared”