On Halloween I have a tradition of posts about spooky topics, whether traditional Halloween fare or things that spook physicists. This year it’s a little of both.

Mage: The Ascension is a role-playing game set in a world in which belief shapes reality. Players take the role of witches and warlocks, casting spells powered by their personal paradigms of belief. The game allows for pretty much any modern-day magic-user you could imagine, from Wiccans to martial artists.

Despite all the options, I was always more interested in the game’s villains, the witches’ opposites, the Technocracy.

The Technocracy answer an inevitable problem with any setting involving modern-day magic: why don’t people notice? If reality is powered by belief, why does no-one believe in magic?

In the Technocracy’s case, the answer is a vast conspiracy of mages with a scientific bent, manipulating public belief. Much like the witches and warlocks of Mage are a grab-bag of every occult belief system, the Technocracy combines every oppressive government conspiracy story you can imagine, all with the express purpose of suppressing the supernatural and maintaining scientific consensus.

This quote is from another game by the same publisher, but it captures the attitude of the Technocracy, and the magnitude of what is being claimed here:

Do not believe what the scientists tell you. The natural history we know is a lie, a falsehood sold to us by wicked old men who would make the world a dull gray prison and protect us from the dangers inherent to freedom. They would have you believe our planet to be a lonely starship, hurtling through the void of space, barren of magic and in need of a stern hand upon the rudder.

It can be a fun exercise to see how far doubt can take you, how much of the scientific consensus you can really be confident of and how much could be due to a conspiracy. Believing in the Technocracy would be the most extreme version of this, but Flat-Earthers come pretty close. Once you’re doubting whether the Earth is round, you have to imagine a truly absurd conspiracy to back it up.

On the other extreme, there are the kinds of conspiracies that barely take a conspiracy at all. Big experimental collaborations, like ATLAS and CMS at the LHC, keep a tight handle on what their members publish. (If you’re curious how much of one, here’s a talk by a law professor about, among other things, the Constitution of CMS. Yes, it has one!) An actual conspiracy would still be outed in about five minutes, but you could imagine something subtler, the experiment sticking to “safe” explanations and refusing to publish results that look too unusual, on the basis that they’re “probably” wrong. Worries about that sort of thing can make actual physicists spooked.

There’s an important dividing line with doubt: too much and you risk invoking a conspiracy more fantastical than the science you’re doubting in the first place. The Technocracy doesn’t just straddle that line, it hops past it off into the distance. Science is too vast, and too unpredictable, to be controlled by some shadowy conspiracy. 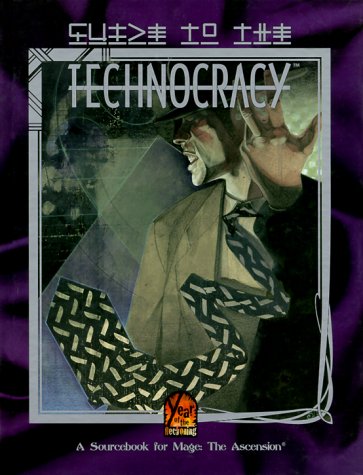 Or maybe that’s just what we want you to think!