Now that we’re finally done with flurries of snow here in Canada, in the last week arXiv has been hit with a flurry of amplitudes papers. 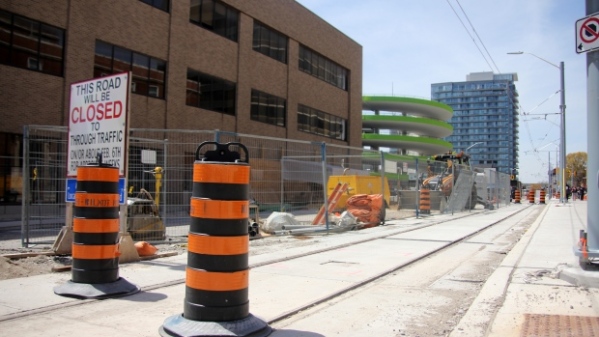 Andrea Guerrieri, Yu-tin Huang, Zhizhong Li, and Congkao Wen have a paper on what are known as soft theorems. Most famously studied by Weinberg, soft theorems are proofs about what happens when a particle in an amplitude becomes “soft”, or when its momentum becomes very small. Recently, these theorems have gained renewed interest, as new amplitudes techniques have allowed researchers to go beyond Weinberg’s initial results (to “sub-leading” order) in a variety of theories.

Guerrieri, Huang, Li, and Wen’s contribution to the topic looks like it clarifies things quite a bit. Previously, most of the papers I’d seen about this had been isolated examples. This paper ties the various cases together in a very clean way, and does important work in making some older observations more rigorous.

Vittorio Del Duca, Claude Duhr, Robin Marzucca, and Bram Verbeek wrote about transcendental weight in something known as the multi-Regge limit. I’ve talked about transcendental weight before: loosely, it’s counting the power of pi that shows up in formulas. The multi-Regge limit concerns amplitudes with very high energies, in which we have a much better understanding of how the amplitudes should behave. I’ve used this limit before, to calculate amplitudes in N=4 super Yang-Mills.

One slogan I love to repeat is that N=4 super Yang-Mills isn’t just a toy model, it’s the most transcendental part of QCD. I’m usually fairly vague about this, because it’s not always true: while often a calculation in N=4 super Yang-Mills will give the part of the same calculation in QCD with the highest power of pi, this isn’t always the case, and it’s hard to propose a systematic principle for when it should happen. Del Duca, Duhr, Marzucca, and Verbeek’s work is a big step in that direction. While some descriptions of the multi-Regge limit obey this property, others don’t, and in looking at the ones that don’t the authors gain a better understanding of what sorts of theories only have a “maximally transcendental part”. What they find is that even when such theories aren’t restricted to N=4 super Yang-Mills, they have shared properties, like supersymmetry and conformal symmetry. Somehow these properties are tied to the transcendentality of functions in the amplitude, in a way that’s still not fully understood.

My colleagues at Perimeter released two papers over the last week: one, by Freddy Cachazo and Alfredo Guevara, uses amplitudes techniques to look at classical gravity, while the other, by Sebastian Mizera and Guojun Zhang, looks at one of the “pieces” inside string theory amplitudes.

I worked with Freddy and Alfredo on an early version of their result, back at the PSI Winter School. While I was off lazing about in Santa Barbara, they were hard at work trying to understand how the quantum-looking “loops” one can use to make predictions for potential energy in classical gravity are secretly classical. What they ended up finding was a trick to figure out whether a given amplitude was going to have a classical part or be purely quantum. So far, the trick works for amplitudes with one loop, and a few special cases at higher loops. It’s still not clear if it works for the general case, and there’s a lot of work still to do to understand what it means, but it definitely seems like an idea with potential. (Pun mostly not intended.)

I’ve talked before about “Z theory”, the weird thing you get when you isolate the “stringy” part of string theory amplitudes. What Sebastian and Guojun have carved out isn’t quite the same piece, but it’s related. I’m still not sure of the significance of cutting string amplitudes up in this way, I’ll have to read the paper more thoroughly (or chat with the authors) to find out.

6 thoughts on “An Amplitudes Flurry”