I’ve been traveling this week, giving a talk at Lawrence Berkeley National Laboratory, so this will be a short post.

In my experience, most non-scientists don’t know about the national labs. In the US, the majority of scientists work for universities, but a substantial number work at one of the seventeen national labs overseen by the Department of Energy. It’s a good gig, if you can get it: no teaching duties, and a fair amount of freedom in what you research.

Each lab has its own focus, and its own culture. In the past I’ve spent a lot of time at SLAC, which runs a particle accelerator near Stanford (among other things). Visiting LBNL, I was amused by some of the differences. At SLAC, the guest rooms have ads for Stanford-branded bed covers. LBNL, meanwhile, brags about its beeswax-based toiletries in recyclable cardboard bottles. SLAC is flat, spread out, and fairly easy to navigate. LBNL is a maze of buildings arranged in tight terraces on a steep hill. 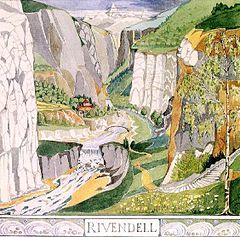 I forgot to take a picture, but someone appears to have drawn one.

While the differences were amusing, physicists are physicists everywhere. It was nice to share my work with people who mostly hadn’t heard about it before, and to get an impression of what they were working on.