There’s been a bit of a buzz recently about a paper Sean Carroll posted to the arXiv, “Why Boltzmann Brains Are Bad”. The argument in the paper isn’t new, it’s something Carroll has been arguing for a long time, and the arXiv post was just because he had been invited to contribute a piece to a book on Current Controversies in Philosophy of Science.

(By the way: in our field, invited papers and conference proceedings are almost always reviews of old work, not new results. If you see something on arXiv and want to know whether it’s actually new work, the “Comments:” section will almost always mention this.)

While the argument isn’t new, it is getting new attention. And since I don’t think I’ve said much about my objections to it, now seems like a good time to do so.

Carroll’s argument is based on theoretical beings called Boltzmann brains. The idea is that if you wait a very very long time in a sufficiently random (“high-entropy”) universe, the matter in that universe will arrange itself in pretty much every imaginable way, if only for a moment. In particular, it will eventually form a brain, or enough of a brain to have a conscious experience. Wait long enough, and you can find a momentary brain having any experience you want, with any (fake) memories you want. Long enough, and you can find a brain having the same experience you are having right now.

So, Carroll asks, how do you know you aren’t a Boltzmann brain? If the universe exists for long enough, most of the beings having your current experiences would be Boltzmann brains, not real humans. But if you really are a Boltzmann brain, then you can’t know anything about the universe at all: everything you think are your memories are just random fluctuations with no connection to the real world.

Carroll calls this sort of situation “cognitively unstable”. If you reason scientifically that the universe must be full of Boltzmann brains, then you can’t rule out that you could be a Boltzmann brain, and thus you shouldn’t accept your original reasoning.

The only way out, according to Carroll, is if we live in a universe that will never contain Boltzmann brains, for example one that won’t exist in its current form long enough to create them. So from a general concern about cognitive instability, Carroll argues for specific physics. And if that seems odd…well, it is.

For the purpose of this post, I’m going to take for granted the physics case: that a sufficiently old and random universe would indeed produce Boltzmann brains. That’s far from uncontroversial, and if you’re interested in that side of the argument (and have plenty of patience for tangents and Czech poop jokes) Lubos Motl posted about it recently.

Instead, I’d like to focus on the philosophical side of the argument.

Let’s start with intro philosophy, and talk about Descartes.

Descartes wanted to start philosophy from scratch by questioning everything he thought he knew. In one of his arguments, he asks the reader to imagine an evil demon. 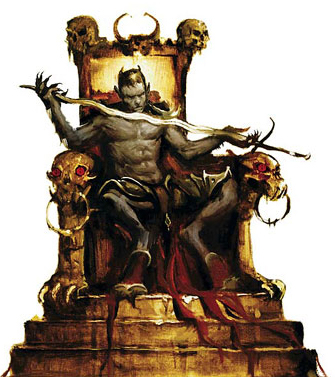 Descartes imagines this evil demon exercising all its power to deceive. Perhaps it could confound your senses with illusions, or modify your memories. If such a demon existed, there would be no way to know if anything you believed or reasoned about the world was correct. So, Descartes asked, how do you know you’re not being deceived by an evil demon right now?

Amusingly, like Carroll, Descartes went on to use this uncertainty to argue for specific proposals in physics: in Descartes’ case, everything from the existence of a benevolent god to the idea that gravity was caused by a vortex of fluid around the sun.

Descartes wasn’t the last to propose this kind of uncertainty, and philosophers have asked more sophisticated questions over the years challenging the idea that it makes sense to reason from the past about the future at all.

Carroll is certainly aware of all of this. But I suspect he doesn’t quite appreciate the current opinion philosophers have on these sorts of puzzles.

The impression I’ve gotten from philosophers is that they don’t take this kind of “cognitive instability” very seriously anymore. There are specialists who still work on it, and it’s still of historical interest. But the majority of philosophers have moved on.

How did they move on? How have they dismissed these kinds of arguments?

That varies. Philosophers don’t tend to have the kind of consensus that physicists usually do.

Some reject them on pragmatic grounds: science works, even if we can’t “justify” it. Some use a similar argument to Carroll’s, but take it one step back, arguing that we shouldn’t worry that we could be deceived by an evil demon or be a Boltzmann brain because those worries by themselves are cognitively unstable. Some bite the bullet, that reasoning is impossible, then just ignore it and go on with their lives.

The common trait of all of these rejections, though? They don’t rely on physics.

Philosophers don’t argue “evil demons are impossible, therefore we can be sure we’re not deceived by evil demons”. They don’t argue “dreams are never completely realistic, so we can’t just be dreaming right now”.

And they certainly don’t try to argue the reverse: that consistency means there can never be evil demons, or never be realistic dreams.

I was on the debate team in high school. One popular tactic was called the “non-unique”. If your opponent argued that your plan had some negative consequences, you could argue that those consequences would happen regardless of whether you got to enact your plan or not: that the consequences were non-unique.

At this point, philosophers understand that cognitive instability and doubt are “non-unique”. No matter the physics, no matter how the world looks, it’s still possible to argue that reasoning isn’t justified, that even the logic we used to doubt the world in the first place could be flawed.

14 thoughts on “Boltzmann Brains, Evil Demons, and Why It’s Occasionally a Good Idea to Listen to Philosophers”