Around Halloween, I have a tradition of exploring the spooky and/or scary side of physics (sometimes rather tenuously). This time, I want to talk about something particle physicists find scary: the future of the field.

For a long time, now, our field has centered around particle colliders. Early colliders confirmed the existence of quarks and gluons, and populated the Standard Model with a wealth of particles, some expected and some not. Now, an enormous amount of effort has poured into the Large Hadron Collider, which found the Higgs…and so far, nothing else.

Plans are being discussed for an even larger collider, in Europe or China, but it’s not clear that either will be funded. Even if the case for new physics isn’t as strong in such a collider, there are properties of the Higgs that the LHC won’t be able to measure, things it’s important to check with a more powerful machine.

That’s the case we’ll have to make to the public, if we want such a collider to be built. But in addition to the scientific reasons, there are selfish reasons to hope for a new collider. Without one, it’s not clear the field can survive in its current form.

By “the field”, here, I don’t just mean those focused on making predictions for collider physics. My work isn’t plugged particularly tightly into the real world, the same is true of most string theorists. Naively, you’d think it wouldn’t matter to us if a new collider gets built.

The trouble is, physics is interconnected. We may not all make predictions about the world, but the purpose of the tools we build and concepts we explore is to eventually make contact. On grant applications, we talk about that future, one that leads not just to understanding the mathematics and models we use but to understanding reality. And for a long while, a major theme in those grant applications has been collider physics.

Different sub-fields are vulnerable to this in different ways. Surprisingly, the people who directly make predictions for the LHC might have it easiest. Many of them can pivot, and make predictions for cosmological observations and cheaper dark matter detection experiments. Quite a few are already doing so.

It’s harder for my field, for amplitudeology. We try to push the calculation techniques of theoretical physics to greater and greater precision…but without colliders, there are fewer experiments that can match that precision. Cosmological observations and dark matter detection won’t need four-loop calculations.

If there isn’t a next big collider, our field won’t dry up overnight. Our work is disconnected enough, at a far enough remove from reality, that it takes time for that sort of change to be reflected in our funding. Optimistically, this gives people enough time to change gears and alter their focus to the less collider-dependent parts of the field. Pessimistically, it means people would be working on a zombie field, shambling around in a field that is already dead but can’t admit it. 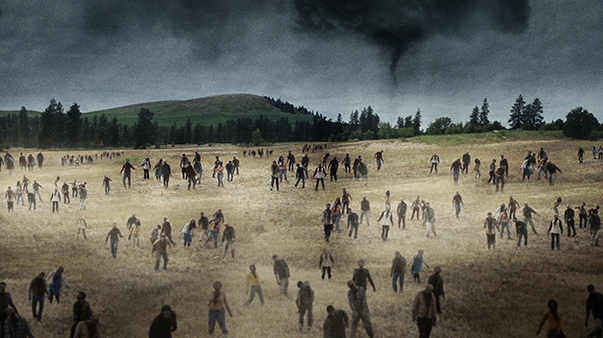 Well I had to use some Halloween imagery

My hope is that this won’t happen. Even if the new colliders don’t get approved and collider physics goes dormant, I’d like to think my colleagues are adaptable enough to stay useful as the world’s demands change. But I’m young in this field, I haven’t seen it face these kinds of challenges before. And so, I worry.

10 thoughts on “What If the Field Is Doomed?”