When I wrote that post on crackpots, one of my inspirations was a particularly annoying Twitter conversation. The guy I was talking to had convinced himself that general relativity was a mistake. He was especially pissed off by the fact that, in GR, energy is not always conserved. Screw Einstein, energy conservation is just common sense! Right?

Think a little bit about why you believe in energy conservation. Is it because you run into a lot of energy in your day-to-day life, and it’s always been conserved? Did you grow up around something that was obviously energy? Or maybe someone had to explain it to you? 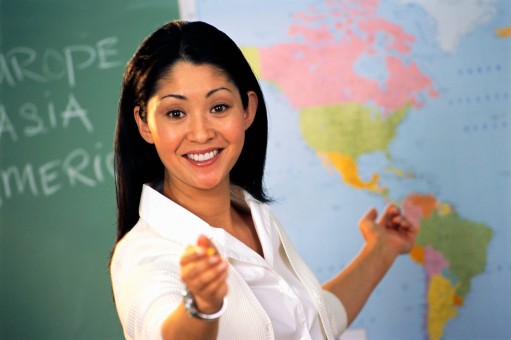 Maybe you learned about it…from a physics teacher?

A lot of the time, things that seem obvious only got that way because you were taught them. “Energy” isn’t an intuitive concept, however much it’s misused that way. It’s something defined by physicists because it solves a particular role, a consequence of symmetries in nature. When you learn about energy conservation in school, that’s because it’s one of the simpler ways to explain a much bigger concept, so you shouldn’t be surprised if there are some inaccuracies. If you know where your “common sense” is coming from, you can anticipate when and how it might go awry.

Similarly, if, like one of the commenters on my crackpot post, you’re uncomfortable with countable and uncountable infinities, remember that infinity isn’t “common sense” either. It’s something you learned about in a math class, from a math teacher. And just like energy conservation, it’s a simplification of a more precise concept, with epsilons and deltas and all that jazz.

It’s not possible to teach all the nuances of every topic, so naturally most people will hear a partial story. What’s important is to recognize that you heard a partial story, and not enshrine it as “common sense” when the real story comes knocking.

Don’t physicists use common sense, though? What about “physical intuition”?

Physical intuition has a lot of mystique behind it, and is often described as what separates us from the mathematicians. As such, different people mean different things by it…but under no circumstances should it be confused with pure “common sense”. Physical intuition uses analogy and experience. It involves seeing a system and anticipating the sorts of things you can do with it, like playing a game and assuming there’ll be a save button. In order for these sorts of analogies to work, they generally aren’t built around everyday objects or experiences. Instead, they use physical systems that are “similar” to the one under scrutiny in important ways, while being better understood in others. Crucially, physical intuition involves working in context. It’s not just uncritical acceptance of what one would naively expect.

So when your common sense is tingling, see if you can provide a source. Is that source relevant, experience with a similar situation? Or is it in fact a half-remembered class from high school?

8 thoughts on “Source Your Common Sense”