I’m not a fan of the multiverse. I think it’s over-hyped, way beyond its current scientific support.

But I don’t think it’s going to kill physics.

By “the multiverse” I’m referring to a group of related ideas. There’s the idea that we live in a vast, varied universe, with different physical laws in different regions. Relatedly, there’s the idea that the properties of our region aren’t typical of the universe as a whole, just typical of places where life can exist. It may be that in most of the universe the cosmological constant is enormous, but if life can only exist in places where it is tiny then a tiny cosmological constant is what we’ll see. That sort of logic is called anthropic reasoning. If it seems strange, think about a smaller scale: there are many planets in the universe, but only a small number of them can support life. Still, we shouldn’t be surprised that we live on a planet that can support life: if it couldn’t, we wouldn’t live here!

If we really do live in a multiverse, though, some of what we think of as laws of physics are just due to random chance. Maybe the quarks have the masses they do not for some important reason, but just because they happened to end up that way in our patch of the universe.

This seems to have depressing implications. If the laws of physics are random, or just consequences of where life can exist, then what’s left to discover? Why do experiments at all?

Well, why not ask the geoscientists? 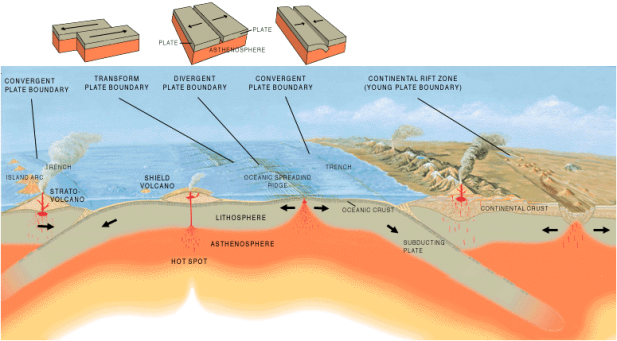 We might live in one universe among many, but we definitely live on one planet among many. And somehow, this realization hasn’t killed geoscience.

That’s because knowing we live on a random planet doesn’t actually tell us very much.

Now, I’m not saying you can’t do anthropic reasoning about the Earth. For example, it looks like an active system of plate tectonics is a necessary ingredient for life. Even if plate tectonics is rare, we shouldn’t be surprised to live on a planet that has it.

Ok, so imagine it’s 1900, before Wegener proposed continental drift. Scientists believe there are many planets in the universe, that we live in a “multiplanet”. Could you predict plate tectonics?

Even knowing that we live on one of the few planets that can support life, you don’t know how it supports life. Even living in a “multiplanet”, geoscience isn’t dead. The specifics of our Earth are still going to teach you something important about how planets work.

Physical laws work the same way. I’ve said that the masses of the quarks could be random, but it’s not quite that simple. The underlying reasons why the masses of the quarks are what they are could be random: the specifics of how six extra dimensions happened to curl up in our region of the universe, for example. But there’s important physics in between: the physics of how those random curlings of space give rise to quark masses. There’s a mechanism there, and we can’t just pick one out of a hat or work backwards to it anthropically. We have to actually go out and discover the answer.

Similarly, we don’t know automatically which phenomena are “random”, which are “anthropic”, and which are required by some deep physical principle. Even in a multiverse, we can’t assume that everything comes down to chance, we only know that some things will, much as the geoscientists don’t know what’s unique to Earth and what’s true of every planet without actually going out and checking.

You can even find a notion of “naturalness” here, if you squint. In physics, we find phenomena like the mass of the Higgs “unnatural”, they’re “fine-tuned” in a way that cries out for an explanation. Normally, we think of this in terms of a hypothetical “theory of everything”: the more “fine-tuned” something appears, the harder it would be to explain it in a final theory. In a multiverse, it looks like we’d have to give up on this, because even the most unlikely-looking circumstance would happen somewhere, especially if it’s needed for life.

Once again, though, imagine you’re a geoscientist. Someone suggests a ridiculously fine-tuned explanation for something: perhaps volcanoes only work if they have exactly the right amount of moisture. Even though we live on one planet in a vast universe, you’re still going to look for simpler explanations before you move on to more complicated ones. It’s human nature, and by and large it’s the only way we’re capable of doing science. As physicists, we’ve papered this over with technical definitions of naturalness, but at the end of the day even in a multiverse we’ll still start with less fine-tuned-looking explanations and only accept the fine-tuned ones when the evidence forces us to. It’s just what people do.

The only way for anthropic reasoning to get around this, to really make physics pointless once and for all, is if it actually starts making predictions. If anthropic reasoning in physics can be made much stronger than anthropic reasoning in geoscience (which, as mentioned, didn’t predict tectonic plates until a century after their discovery) then maybe we can imagine getting to a point where it tells us what particles we should expect to discover, and what masses they should have.

At that point, though, anthropic reasoning won’t have made physics pointless: it will have become physics.

If anthropic reasoning is really good enough to make reliable, falsifiable predictions, then we should be ecstatic! I don’t think we’re anywhere near that point, though some people are earnestly trying to get there. But if it really works out, then we’d have a powerful new method to make predictions about the universe.

Ok, so with all of this said, there is one other worry.

Karl Popper criticized Marxism and Freudianism for being unfalsifiable. In both disciplines, there was a tendency to tell what were essentially “just-so stories”. They could “explain” any phenomenon by setting it in their framework and explaining how it came to be “just so”. These explanations didn’t make new predictions, and different people often ended up coming up with different explanations with no way to distinguish between them. They were stories, not scientific hypotheses. In more recent times, the same criticism has been made of evolutionary psychology. In each case the field is accused of being able to justify anything and everything in terms of its overly ambiguous principles, whether dialectical materialism, the unconscious mind, or the ancestral environment. 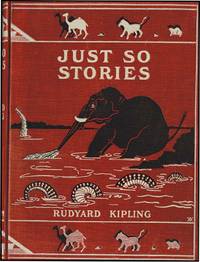 You’re probably worried that this could happen to physics. With anthropic reasoning and the multiverse, what’s to stop physicists from just proposing some “anthropic” just-so-story for any evidence we happen to find, no matter what it is? Surely anything could be “required for life” given a vague enough argument.

You’re also probably a bit annoyed that I saved this objection for last. I know that for many people, this is precisely what you mean when you say the multiverse will “kill physics”.

I’ve saved this for last for a reason though. It’s because I want to point out something important: this outcome, that our field degenerates into just-so-stories, isn’t required by the physics of the multiverse. Rather, it’s a matter of sociology.

If we hold anthropic reasoning to the same standards as the rest of physics, then there’s no problem: if an anthropic explanation doesn’t make falsifiable predictions then we ignore it. The problem comes if we start loosening our criteria, start letting people publish just-so-stories instead of real science.

This is a real risk! I don’t want to diminish that. It’s harder than it looks for a productive academic field to fall into bullshit, but just-so-stories are a proven way to get there.

What I want to emphasize is that we’re all together in this. We all want to make sure that physics remains scientific. We all need to be vigilant, to prevent a culture of just-so-stories from growing. Regardless of whether the multiverse is the right picture, and regardless of how many annoying TV specials they make about it in the meantime, that’s the key: keeping physics itself honest. If we can manage that, nothing we discover can kill our field.