I’ve got a new paper up this week. This one is a collaboration with Ho Tat Lam, who just finished a Master’s degree at Perimeter and will be at Princeton in the fall.

A while back, I mentioned that Perimeter’s Master’s program was holding a Winter School up in the wilderness of Ontario. In between skiing and ice skating, I worked with a group of students attempting to sum up something called the Pentagon Operator Product Expansion, or POPE. 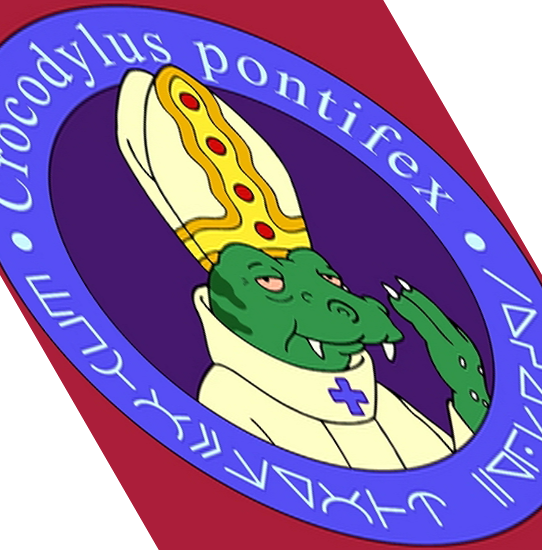 The (Rapidity) Space Pope, for a joke only three people will get

While we didn’t finish the job there, we made a lot of progress, and Ho Tat and I kept working on it.

This is the first time I’ve been the senior member of a collaboration, and it was an interesting experience. There’s a lot that you feel like you know perfectly well until you sit down and try to teach it. Getting things out of my head and into someone else’s is a challenge, but it’s one I’m getting better at.

The POPE is an alternate way of calculating scattering amplitudes in N=4 super Yang-Mills. Rather than going loop by loop (and approximating the forces involved as small), it’s a sum of terms that approximate the energy as small. If all of those terms could be added up, we could calculate amplitudes in this theory for any energy and any strength of force.

We can’t do that in general (yet). What we can do is bring back the loop by loop approximation, but keep the sum in energy. If we add up that sum, we can check it against the known loop by loop results, and see if our calculation is faster. Along the way, we learn a bit about how these sums add up to give us polylogarithms.

Ho Tat and I have done the first loop. Going further isn’t just a bigger calculation, there are new challenges we’ll have to face. But I think we’ve got a shot at it.

2 thoughts on “A Papal Resummation”